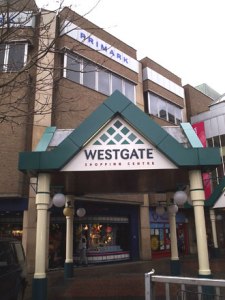 After what seems like centuries of wrangling, planning applications, withdrawn projects, hand shaking and head banging, Oxford is finally set to join other cities with a giant shiny shopping centre nobody really needs any more.

Having experienced the damage that these behemoths can do to small local retailers, myself included, this is a moment I and many others have dreaded.

The council of course has applied a heavy spin on the whole project, whilst ushering the developers and large multi-nationals into the city with wide-eyed certainty that a new shopping centre will solve all the problems we now have.

We know at least one of those problems – that of affordable housing in the city centre – won’t even be dented by this grandiose project.  In a move that is frankly baffling from a socialist led council, planners have dashed all hopes that the accommodation element designed into the revamped centre would be for social housing or affordable homes.  Whilst Green councillors opposed this move, others apparently felt that poorer people won’t be able to keep the new apartments up to the standards they expect to be demanded.

So no comfortable inner-city pied-à-terres for the ordinary folk of Oxford then.  Which is a shame considering Oxford City Council provided virtually nothing for that sector last year, despite claims that this was a priority policy.

Jobs are not the only thing to consider

Judging by the analyses carried out over the past 10 years it looks highly likely that the new Westgate extension in Oxford will have a significant impact on other retail destinations both in the immediate vicinity and county wide.

The council has claimed that 3400 jobs will be created by the opening of the new centre, which seems like a rather optimistic number to me.  Even if one accepts that figure, previous analyses have suggested that the number of jobs created will be far outweighed by those that will be destroyed elsewhere in the city and the surrounding areas.

It’s very easy to focus just on the number of jobs created, but when similar centres have opened there have been many casualties in other areas. This doesn’t even take into account the damage that’s likely to be done to trade during the building and infrastructure works and the impact of additional competition for small retailers that attracting large multi-nationals into the area will provide.

In an era where many retail chains are looking to reduce their portfolios, the time for this centre has been and gone. There’s already plenty of retail space in Oxford city centre, some of it lying vacant even now. Until the council addresses the systemic issues with people visiting the city, such as parking, local transport and city centre management, a revamped shopping centre isn’t going to add that much prosperity to a town encircled by much better alternatives.

The new shopping centre will likely have some novelty value for a few months, but once the realities of trading in Oxford begin to bite, I doubt it’ll be anything more than another usual-suspect clone-town brand zoo.

According to a recent article in the Oxford Mail, a scrutinising committee of city centre councillors are due to meet to discuss ways of keeping businesses alive during the hugely disruptive infrastructure works needed for the new extension. 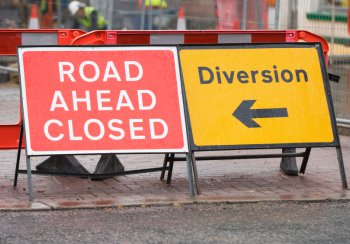 So Oxford City Council wait until AFTER the works have begun to think about how to mitigate the problems that will inevitably be caused by the works?

Another great example of the forethought and careful planning we’ve come to expect from our wonderful city council!

I was at a meeting with both the city and county council leaders over a year ago where I highlighted the potential damage that will be done by the infrastructure works required for the Westgate extension. Having already experienced the same in Bristol a few years before, it was clear to me and many others that the likely upheaval required for the Westgate works were going to do more damage than they were likely to be worth in the current climate.

Seems like it all fell on deaf ears. As usual.

My business in Cornmarket Street closed it’s doors for the last time after 20 years last year. Despite numerous pronouncements in the press that the city council was eager to support local businesses, we got zip-all support, even after asking on several occasions.  Indeed, at one point their planning department were very close to scuppering the only deal we could achieve to sell the store. Had they not done a last minute U-turn there would have been one more empty and un-lettable shop in the city centre.

Councillors are also now apparently worried about the growing number of empty shops in the city, despite previous claims that there were queues of businesses eager to take space.  Perhaps news has started to filter out that retailing in Oxford is not what it once was?

In that context one has to wonder who is going to populate the new cathedral of consumption when it is finally completed, and for those that do take up residence, what kind of trading environment will they find?  With 40% of retail leases across the country coming up for renewal at the end of this year, it really does beg the question about how much space will be required when the Westgate centre is completed in 2017.  Moreover what will the rest of the city look like once all the remaining viable stores have de-camped into the waiting warmth of a lovely new mall?

With council plans to push up the cost of parking YET AGAIN and the negative impact of roadworks, and the city centre looking like a building site, it’s likely most consumers will continue to go elsewhere to shop, surrounded as we are by much more attractive and easily reached locations around the city and the county.  And once again, experience tells me that once people find better alternatives, they’re unlikely to return, other than for a quick nose around the new development.

A committee composed of councillors with absolutely no idea how businesses in Oxford operate, setting out to ‘examine’ how to deal with these issues now, is tantamount to closing the door after the horse has bolted, lived out it’s natural life and ended up in a dog food tin.  This project as has been in the planning stages for so many years it’s truly staggering that the implications are only being discussed now.

Oxford is of course known as the city of ‘dreaming spires’.  It seems that in terms of strategic planning, many of our councillors have also been asleep on the job.