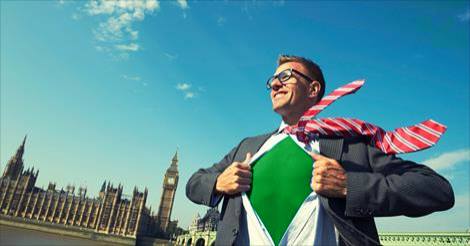 This is a piece I wrote for Huffington Post earlier this week.  I think it speaks for itself, although after it was published I thought I should have pointed out that none of the the politicians I refer to in the studio on election night were Greens.  As usual we weren’t invited to the BBC party.  There were however representatives from Labour, Conservative, Libdems and UKIP.  Given that the Greens had a reasonably good showing in the last General Election in Rochester (for a ‘marginal’ party) I’d have thought we’d have been worth a mention at least.  But apparently not.

Anyway I hope this serves as a good first post on my website/blog and you can see the original article here  http://www.huffingtonpost.co.uk/ian-middleton/westminster-politics_b_6199214.html?utm_hp_ref=tw.

I recently became a parliamentary candidate for the Green Party. After years of railing against politicians, the irony, and perhaps the hypocrisy, of becoming one myself has not been lost on me.

Then again, there were the constant jibes about my complaining a lot but doing nothing positive to make a change. So when my local party group asked me to stand, I said I’d give it a go. And here I am. Feel free to point the finger.

One of the first things I’ve noticed about the underbelly of politics is just how strategic it is. Target wards, target seats, candidates standing in constituencies where they don’t live for the sake of political expediency. None of this is new, or unusual, or even un-democratic, but it does take some getting used to.

But watching the BBC election special on the Rochester and Strood by-election, you could be forgiven for thinking that the rest of the political world has turned into some kind of wife swapping party from the mid 70s. It seems these days that political manoeuvring between the ruling parties has moved beyond juggling their own family jewels, and has been reduced to chucking their keys into the fruit bowl with anyone who fancies a quick fumble with their majority.

Firstly we had UKIP’s Deputy Chairperson Suzanne Evans being interviewed about where her party would go after the predicted win in Rochester. This consisted of a serious of nods and winks about who might and might not leap out of their own party bed and sneak into theirs when the neighbours weren’t looking. A sort of Carry-On Westminster, but with less laughs.

She then went on to explain, with barely concealed glee, that her fondest ambition was to seduce someone from Labour to join in their little tryst. Nigel is apparently talking to a couple of MPs but she couldn’t reveal more. She did everything but tap the side of her nose, elbow Andrew Neil in the ribs and give a little Babs Windsor giggle.

Then we had an analysis from a political expert explaining how UKIP’s performance in the by-election would determine how other sitting MPs would behave in the run up to next years general election. His premise was that if UKIP did well in Rochester, many other career politicians would be considering their position in the next few months. The expectation is apparently that if they think UKIP is a better bet for them to hold on to their seat (ooh matron!), then they would switch allegiances in order to do so.

Now you’ll have to excuse me. I’m quite new to this game. But when one joins a party isn’t there something about ideology written into the contract? Or am I now being ridiculously naive?

Judging by the behaviour of at least two recent pantheons of British democracy I suppose I am. It seems that standing on a platform with a bunch of like minded individuals in the hope of doing something good for the country isn’t what it’s about any more.

No, apparently it’s more about hanging on to the House Of Commons parking place, the expense account, and access to the House of Commons bar, rather than the boring stuff like philosophical conviction. Some back-benchers are evidently more interested in maintaining a comfortable position for themselves, rather than for their constituents. Yet, in true British carry-on style, they still keep getting elected.

As a newcomer to this world, I saw with fresh eyes last night these four sombre suited politicians sitting uneasily with each other, smugly carving up the political cake amongst themselves. Like children at birthday party trying to decide who gets the last portion of jelly and ice cream, the polemic was about anything other than the issues that this country and the planet really face.

Iain Duncan Smith spent a good deal of his time justifying a particularly vituperative campaign poster that portrayed the idea of voting for Mark Reckless as on a par with seeking Pol Pot as a spiritual adviser. Reckless used to be an investment banker, he didn’t live in the area, he’d only moved there to take a safe seat. All very salient points for the local electorate, but ones that seemed exquisitely irrelevant when he was the Conservative MP only a few months ago.

Meanwhile UKIP expounded their claim that they listened to the people, and were offering an alternative to the status quo of careerist politicians who’d never done a days honest labour in their lives. Odd then that their success last night, and in Clacton a few weeks ago, relied on exactly the reverse of those ideals by welcoming with open arms two MPs firmly rooted in the rotten political establishment they claimed to despise.

On the point of principle I am in total agreement with them. The current political establishment has reduced democracy to the level of swapping football cards in the playground. But it’s a tawdry game of top trumps that they have just as much of a hand in as all the other entrenched Westminster parties.

If this is the future of politics in this country, I’m glad to be a member of a party that currently stands as an exemplar of how it is still possible to operate democratically without playing these cynical games. We may now have one less MP than UKIP, but at least ours is there on merit, rather than because she swapped her rosette for a more appealing colour.

And Caroline Lucas has just won MP of the year, which is something that gives me hope. Even so, she’s now the focus of a campaign to unseat her by the Labour party in Brighton, because, and despite of the fact, that Labour and the Greens share many of the same aims.

Moreover, if all these people care about is hanging on to their positions at all costs, what really is the point? And if the electorate is so fickle that they can’t see through this charade, maybe we deserve the graceless, flagitious mess they all seem to be making of the world.

One apocryphal anecdote from Rochester I heard today was that someone had voted UKIP because the sitting Tory MP hadn’t done enough for the local area. If that’s true, it’s an indictment of the great British voter more demoralising than anything supposedly implied by hanging a flag out of the window of your mock-Georgian semi.

But as an accidental politician I have to hope that it isn’t true, or at least typical. I have to trust that people in the UK will see past all the identikit politicos, the vested interests and the horse trading of their democratic heritage, and vote for real change and genuine representation in the next government.

I am ever the optimist.