Another election fought and another campaign behind us n Cherwell

It was very solid result for the Greens in Kidlington East with a convincing second place well above Labour and a tripling of our 2016 vote. Moreover a spectacular win for my electoral partner, Libdem candidate Alaric Rose in Kidlington West who nearly doubled the Libdem vote and completely wiped the floor with the Conservatives!

It would have been great to have won my seat as well, but with such a short campaign it was hard to get the message out to enough people.  Ultimately it was a total validation for both of us of our decision to work together for the common good.

Slightly galling that the Carmen Griffiths kept her seat as I understand she was hardly seen on the campaign trail. She wasn’t at the count, didn’t make an appearance on polling day (to my knowledge) and instead sat back and let local Tory cult figures like Maurice Billington do all the campaigning for her.

Judging by her attendance record at council meetings this seems to be a pattern of behaviour for a pretty lacklustre councillor.  I think many of the voters in the ward didn’t actually know which blue candidate they were voting for and seemed oblivious to the fact that there were more dedicated candidates on offer who would much more effectively represent them in Cherwell.

Perhaps when Carmen and her remaining Tory colleagues fail to turn up at other key planning meetings and the green belt is concreted over, bringing with it traffic chaos, pollution, and the collapse of local infrastructure, all those that trooped into the polling station to dutifully put a cross in the Tory box, regardless of the candidate, will realise their mistake.  It might be a bit late then though.

One other stark reality from the results is that if Labour had endorsed me (as we suggested) and we had endorsed them in one of the North Oxfordshire wards (as we offered) we would both have easily won our seats, meaning a new Labour, Green and Libdem seat on the council and 3 Tory losses instead of 1. Just imagine what sort of message that would have sent out! Especially on important and urgent local issues like the building on green belt in the area.

Labour really need to wake up to the reality of fractured left politics in this country and work with other parties like the Greens and the Libdems. We need to stop living in the past and embrace the future. There’s more that unites us than divides us and if we’re going to stop yet another Conservative government in 2022 we must start building alliances. If anyone from Labour wants to talk, I’m all ears.

In the meantime I intend to go on being a thorn in the side of Cherwell’s complacent Tory leadership and will be working closely with Alaric as part of our pre-election co-operative agreement.  I may not be able to vote on council matters, but I can certainly speak up in the council chamber and outside in the media.  I’ll be fighting hard on local green belt and conservation issues and keeping a wary eye on the attendance record of my Tory opponent.  The Greens will be fighting the elections in the ward once again next year and I hope that will again be in partnership with the Liberal Democrats.

Finally a big thank you to everyone who voted for me and to the dedicated people who helped us pull together such a professional campaign in such a short time. the Greens made historic gains across the country yesterday and I think it’s a credit to all our members that we can do this stuff on such a small budgets and with small teams. Just think what we could do in government!

Stay tuned and follow this website/blog for updates on what I and the Green Party will be doing between now and the next elections. 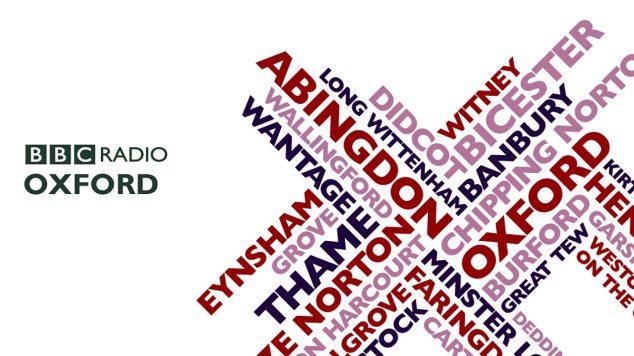 The customary pre-election debate on BBC Radio Oxford took place on Wednesday morning.  I took part along with Barry Wood for the Conservatives, Sean Woodcock for Labour and David Betts for the Libdems.

It was a lively session as you can hear for yourself by clicking here.

With such a short amount of time available it was difficult for us all to explore all the points fully so I thought it might be worth expanding on some of them in more detail here.  I’ll be doing that in a few subsequent posts over the next couple of days.

If you have any comments or points you’d like to raise after listening to the debate, please feel free to contact me.

I’ve stood in every local election since I joined the Green Party in 2012, but this one feels more special.

Having been involved in the recent campaign to try to persuade the District Council to think again about it’s review of the local plan, I feel I really have something extra to fight for in this election.

I wrote a detailed response to the council plans to tear up large swathes of the green belt between Kidlington. Begbroke and Yarnton and plonk 4400 houses in the middle of an area with overloaded roads and infrastructure.  A plan that would see the three communities amalgamated into one sprawling conurbation, created not to serve local affordable housing needs, but to supposedly provide housing for workers in the city, even though most of the jobs are based in the east.

You can read the full response here 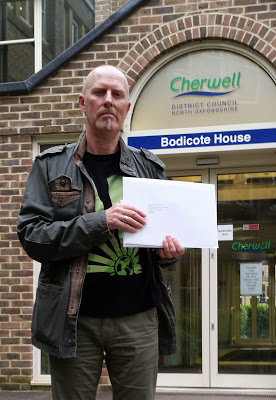 As everyone involved knows the oft-touted claims that this will include so-called ‘affordable’ housing is laughable.  Valuable green belt land will become ten times more valuable once it becomes ripe for development and the landowners and luxury house builders will stand to make a fortune.

I along with several others were allowed a five minute representation to the councillors in the chamber, some of whom it was later reported couldn’t even be bothered to listen to those who had come to plead their case.  One was even photographed using a mobile phone during the speeches!

Seeing the lack of connectedness demonstrated by the predominately Conservative council enraged me more than I imagined it would.  If you watch the video footage from the planning meeting a few weeks ago you can hear me heckling quite loudly throughout some of speeches from Barry Wood and Colin Clarke.

Normally I wouldn’t do something like that.  They deserve their time to speak just as I and the other campaigners had.  But being the last to have their say (as Cllr Wood ensured he would be) they were able to simply brush aside the very salient points raised by protesters and other councillors.

Tory councillor after Tory councillor stood up and gave no logical reason why these plans should be forced through in the face of what everyone recognised was an historic level of opposition from the people in the district they represent.

Over 1500 responses were given to the plans, nearly all of them objecting to this wanton and unnecessary destruction of our precious green belt.  Yet the council seemed oblivious to them, to the cogent arguments put forward by speakers and even to the legal opinions that were presented by the two main campaigning groups.

The cavalier attitude of Barry Wood, who I’d previously challenged for seeming to pre-judge the outcome of the consultation, was amply demonstrated when he and his fellow councillors abdicated their responsibility to the people of Cherwell and threw their objections at the feet of the planning inspector.

His closing argument was that it was the inspector who would make the final decision not them, even though they were elected to represent us.  As I suspected months ago, the council had already made its mind up, and the consultation was simply a box ticking exercise.  The fate of our green spaces, our wildlife habitats, our clean air and the distinctiveness of our communities has been thrown into the lap of an outside agency because the Tories on the council didn’t have the guts or the inclination to properly consider the alternatives.

So I hope you’ll forgive me some heckling out of pure frustration at the lack of professionalism and respect for democracy being shown by these people.

That’s why I want to win this election.  I want a guaranteed voice in that chamber so that I can represent the views of the people in Kidlington, Yarnton and Begbroke – an area that is so remote from that chamber, way up at the other end of the district that people like Barry Wood and Colin Clarke feel it’s safe to throw us all under the bus for the sake of expediency.

It’s also why the Green Party in Kidlington is working with the Liberal Democrats in this election to elect me in Kidlington East and Alaric Rose in Kidlington West.  You can see our joint statement about that here.

I hope you’ll give me and Alaric a chance to be a strong voice for you after May 3rd.

You can see the full video of the planning meeting (including the heckling) on the Cherwell District Council Website.  You can see my speech to the chamber here.