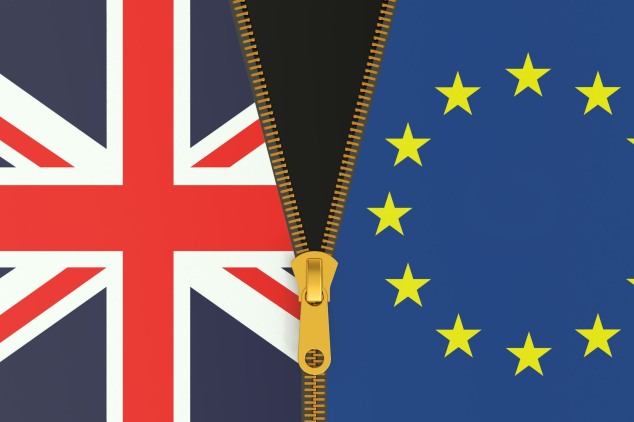 We should have a second referendum on Brexit with a properly informed and unbiased debate on all the issues surrounding our relationship with the EU.

This has to happen immediately after the election to allow parliament to get back to dealing with the serious challenges facing this country. We don’t need to get brexit done, we need to be done with it, one way or the other, and the only way to decide that is with a vote.

The Green Party is now the ONLY party offering this option as a main policy pledge.

Labour would renegotiate a deal with Europe which we have to assume they would back in any confirmatory referendum (assuming they honour their pledge to give us one). That defines them as a leave backing party. Jeremy Corbyn’s claim that he would be neutral in that campaign shows a continuation of the lack of direction that Labour has had since this whole thing began. If they’re going to back Remain, then why negotiate another deal (assuming that’s even possible), they should be honest with the electorate and get off the fence!

The Libdems are standing on a platform of revoke without a second vote, which I regard as deeply undemocratic. We got ourselves into this position democratically, and we have to get out of it the same way. We can’t simply treat the first vote as if it didn’t happen. the claim that an electoral victory that would put them into government goes against their own argument (and the Green Party’s) that our electoral system is broken. Unless they had more than 50% of the electorate voting them into power, that would not be a mandate for a revoking Article 50. As most governments of recent years have been elected on less that 30%, they would not be able to claim they were taking the majority of the country with them.

As for the Tories, we know they would throw us off the cliff-edge with or without a deal, without a second thought, let alone a second referendum! Just so that Boris Johnson could claim that he’d “got Brexit done”. Even if that means the majority of the country that now appears to want to remain would get ‘done over’!

Democracy did not stop in 2016. We’ve seen over the past three and a half years that the easy Brexit we were told we would get after the referendum has proved anything but. Not only does this suggest that people may have changed their minds, it also means that the demographic of the country has changed and that new population, who will have to deal with the outcome of Brexit, should now get a say. Either way, we know a lot more now about the reality of Brexit than any of us did back in 2016. Surely we should all be able to re-assess our decisions based on this new information.

Most polls now say the majority would vote to remain in the EU. I don’t know if that’s true, or if that’s how a second vote would pan out. But I think we should find out.

My personal position is that a second vote should be binding (the first one wasn’t) and after that, the decision is final. If that decision is to leave, I will no longer challenge it. I would instead switch my focus to working towards mitigating the worst of the damage that I think will inevitably be done to the social and economic fabric of this country.

Leaving the EU by any means will result in at least a decade of economic hardship for everyone, with the poorest in our society suffering the most.

Parliamentary time will be used up on dealing with the fallout from the severing of our membership of the EU rather than tackling urgent business, such as crumbling public services and climate change.

Businesses will suffer and investment will fall (except in the case of US drugs companies seeking to buy our NHS!).

We must not condemn our citizens to this fate without a fully informed confirmatory vote. 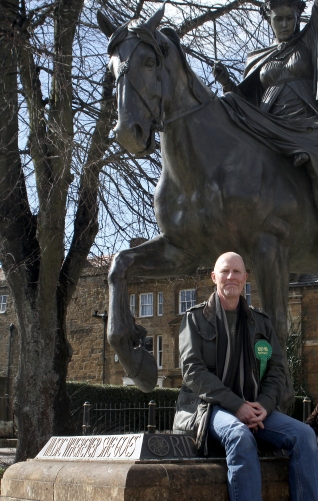 It’s a Thursday so it must be election day!  It seems like elections are almost a weekly occurrence now.  Brenda of Bristol must furious!

Joking aside, I must admit I was surprised to find myself thrown into another election so soon after winning 3 local council seats in May.

But it seems that our strong and stable government can’t manage to hang on for any longer than a coupe of years at most these days, even with the so-called fixed- term Parliament Act!

This just goes to show how desperately we need electoral reform in this country, a system by which more than one party can contribute to the process of government and more than one set of opinions can be taken into account.

It seems that, far from our first past the post system giving us a government of unity and decisiveness, when it comes to the most monumental political upheaval in a generation, we simply can’t agree on anything!

In those circumstances we have to go back to the country and hope that the numbers stack up differently afterwards.  Somehow I suspect they won’t.  While we cling to our broken 2 party state, we will just see-saw backwards and forwards between opposing positions.

On the key issue of Brexit, Labour are still offering a confused position, saying they would re-negotiate the deal with the EU and then put it to the people.  That’s a great in principle, but in practice it means Labour will presumably be rooting for their new deal in any subsequent vote.  That, by any sensible definition, makes them a party of leave.

The Libdems simply want to ignore the 2016 vote and treat Brexit like it never happened.  Whilst that’s an attractive prospect for those of us who would rather remain, it’s not a way to resolve the political schism in our country at the moment.

The 2016 result was hardly decisive as it showed a split right down the middle of the argument.  We could probably have run the vote again the following day and got a different result!

The only way to properly heal this country is with a second referendum as soon as possible after the election.  No more deals being negotiated, no more simply pushing the Brexit button out of expediency (as the Tories would have us do), but a properly informed, final say on the direction this country will take and what is in the best interests of everyone.

Personally, if that second vote still comes out as leave I’m done on the subject of Brexit.  I’m quite happy to let the chips fall where they may and shift my focus to trying to prepare the country for what I think will be the most damaging decade in history since the last war.

But to those who say we shouldn’t have a second vote, I’d point to the fact that we’re now having our third national vote since 2015!  If ‘the will of the people’ really was the main driving force in our democracy, we’d keep the government we voted for in 2015, regardless of the wishes of the government at the time.  But we haven’t.

So if we can have 3 general elections in 4 years, why not a confirmatory vote on something that was decided by a small minority three and a half years ago, when we didn’t know what we know now? Something that could impact on all our futures and those of generations to come.  Why is that to be decided on just one vote?

I really don’t know why anyone should object to the idea of a People’s Vote.  If the will of the people hasn’t changed, the result will be the same. The only reason I can see that the Brexit contingent would object to another vote, is that they think they will lose it.

In which case they know in their heart of hearts that the mood of the country has changed.  They know that the vote in 2016 was probably a fluke, and they’re terrified of the genuine will of the people being followed now.  they simply want to railroad us all into the abyss before anyone realised what’s happening.  That’s no way to run a country!

So let’s get on with this election and I hope vote in some more Green MPs who can influence Westminster enough to resolve the national insanity we seem to have thrown ourselves into over Brexit.

We don’t need to get Brexit done.  We need to do away with it once and for all! 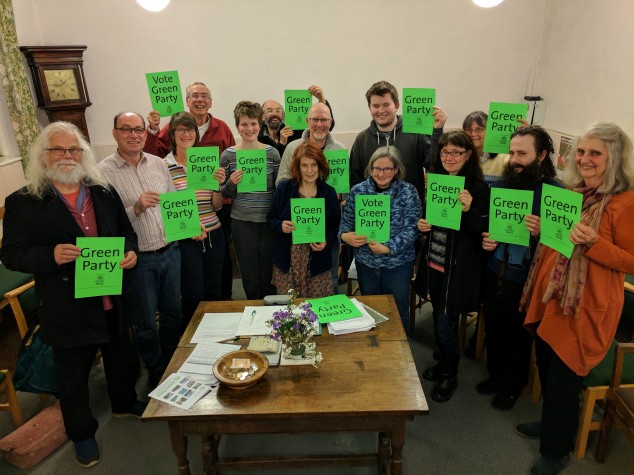 At their selection meeting on 3rd May the North Oxfordshire Green Party unanimously re-nominated Ian Middleton to contest the Banbury Constituency seat for the second time.

Ian stood for the Greens in Banbury in 2015 when the Green vote was almost tripled against the 2010 result.  The party gained 2686 votes giving them 4.6% of the vote up from 1.7% in 2010.  He is a former musician, writer and ethical entrepreneur who  spent 25 years in the retail sector building a national high street retail business which moved exclusively online in 2015.  He has campaigned in the past for issues as diverse as fair business rates for small businesses to animal rights and now writes on politics, the environment and business for Huffington Post and Retail Week Magazine.  Ian Says :

“I’m honoured to have been chosen to stand in North Oxfordshire again.  I feel I learnt a lot from the last campaign and I’m looking forward to having a second opportunity to put forward the case for a progressive Green future”

“My priorities for this election are the NHS, Education, Housing, the environment and Brexit”

“Theresa May called this election for purely opportunistic reasons.  She claims to offer strength and stability yet throws the country into turmoil just as the clock starts ticking on Brexit negotiations.  Whilst our changed relationship with Europe is one of the most important issues we’ve faced for a generation, we’ve also had 2 years to see what the Conservative Party has done to health, education and housing and it’s not a pretty sight.

The NHS in particular is facing an existential crisis with yet another round of swingeing cuts being imposed by further Conservative in the guise of sustainability.  Already we’ve seen the results with the closure of full maternity services at the Horton and warnings from the Oxfordshire CCG that we stand to lose hundreds of beds across the county.  This may be the last chance to save our wonderful NHS before the Conservatives achieve their ultimate goal of slashing services and privatising what’s left.

Theresa May wants this election to be all about Brexit, I think we should be holding her party to account for it’s appalling record so far.  We have a chance to end their iniquitous and self serving reign now, before it’s too late”