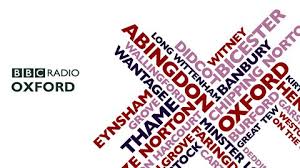 For those who missed this on Wednesday you can now listen again to me and all the other candidates debating the issues and answering questions from listeners.

Particularly lively on the future of the Horton Hospital and the future of small businesses after Brexit and Victoria Prentis explains why she supports the overturning of the current ban on fox hunting and would like to see more hunting and shooting in the constituency.

The debate starts 2 hours into the programme linked below 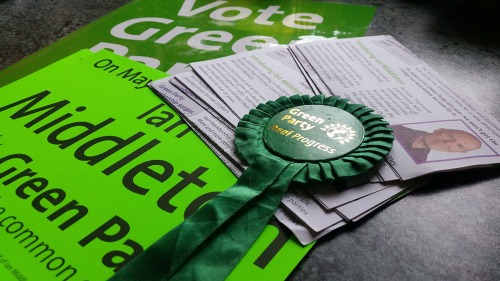 Having mostly recovered from last week’s final exertions I’ve now had time to take stock of The Green Party’s performance in the Banbury Constituency and I have to say I’m very pleased with the result.

I am disappointed that we missed retaining our deposit by only 225 votes, but I think we have ample recompense in the fact that we nearly tripled our vote share from 2010! Indeed in Oxfordshire as a whole we retained 4 out of 6 deposits and showed voter shares up to 9.2% and in one local result we actually came second! Well done to Jenny Tamblyn!

In Banbury itself we knew we were never going to win, but we largely achieved the goal we had set ourselves of raising our profile in the constituency and showing people that the Green Party is the rightful repository of support from anyone concerned about real social justice and progressive politics.

Nationally, The Green Party has seen over a million people demonstrating that voting for what you believe in is never a waste of time.  Our share of the vote was nearly 4 times what it was in 2010 and our membership increased by nearly 2000 in the two days after the election.  In Oxfordshire we’ve had 56 new members in the last 2 days!

We now need to build on that support and engage more than ever with a local and national dialogue about how we want to see our society shaped for the future. The Greens have always been a party with long term vision and I think, as the next 5 years unfold, that vision is going to be needed more than ever.

In the meantime I’d like to thank all the Green supporters in the constituency that voted for me, and those who campaigned for me, put up posters, leafleted, knocked on doors and stood in the street with me. You’re some of the unsung heroes of this campaign and you should be rightly proud of your achievement.

My gratitude of course also goes out to my dedicated campaign team and members of The Banbury and Cherwell Green Party branch. In particular my agent and campaign manager John Haywood, researcher and adviser Colin Clark, our Chairman Chris Manley, the irrepressible Lisa Miller for her exertions on Facebook, and all those others too numerous to mention who have worked so hard over the last 5 years to get us where we are now.

A special thank you goes to our press officer and my partner Fiona Mawson, who’s practical and emotional support was invaluable to me throughout the campaign, even though she beat me in the local elections!

After the result of the general election we now more than ever need to see a continuation of the Green surge to offer the people of Britain an alternative to the Conservative agenda of austerity and cuts and the holding of the poor and vulnerable to ransom to pay for the lifestyles of the rich and privileged.

Moreover we need to re-double our efforts to protect our cherished NHS from the clutches of private healthcare providers that will now be given a free reign by a government ideologically opposed to free and comprehensive state health provision.

I’ll remain as our Prospective Parliamentary Candidate (PPC) for the foreseeable future, unless my circumstances change or the local branch decide they want or need someone new.  So I’ll be keeping this website up and running as a place for me to drop the occasional post about local, national and global Green issues.  I hope people will choose to engage with me on them during that time.

and another on general political and human and animal rights issues

Regardless of our differing ideologies I’m never one to miss an opportunity to quote Churchill in circumstances like these, so I’ll leave you with his well known words –

I join them in being totally opposed to live animal exports.  It’s a completely unnecessary and barbaric practice that leads to great suffering over long journeys for animals that are ultimately to be slaughtered anyway.  If we’re looking to export meat from our farms it should be just that, not live animals.