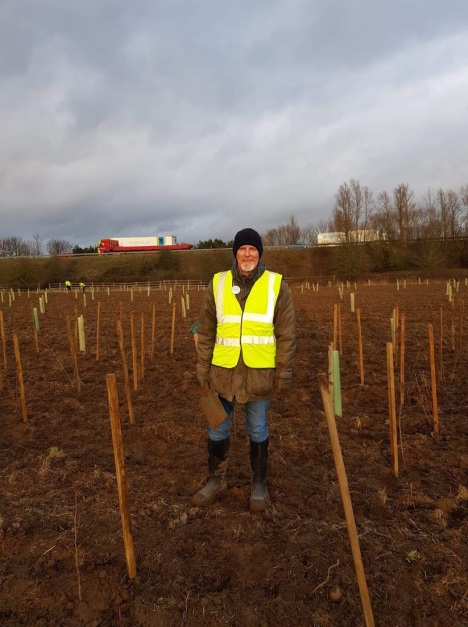 During Monday’s full council meeting, Cherwell District Council voted unanimously to support a motion calling on the doubling of tree cover in the district by 2045.

I introduced an amendment to the motion calling on the council to be more ambitious in its proposals and to achieve the doubling of tree numbers by 2030 in line with the council’s declaration of a climate emergency.

Speaking during the debate, I disagreed with Conservative claims that the 2045 target was the only one that was achievable and that the council should only aim to double tree cover “as far as possible”.

We have declared a climate change emergency.  Emergency measures call for committed and ambitious actions, not vague aspirations and get-out clauses.  The climate takes no prisoners.  It doesn’t care what we think is possible, it only responds to what is needed.  We need to move faster and be more ambitious in our climate change mitigation measures and take into account the impact of all council policies on climate change

My amendment was supported by Labour and Independent members, but was blocked by the Conservatives (as usual).

As if to prove the point, in a later debate on the main modifications to the local plan partial review, campaigners from North Oxford Golf Club pleaded with the council to protect their 103-year-old club grounds from proposed development.  This would include the destruction of a large number of trees.  The Council’s proposals also call for the release of yet more green belt land and the virtual erasure of the previously sacrosanct ‘Kidlington Gap’.

Labour and Libdem councillors opposed the motion along with me for the Greens.  The proposals were agreed with all but one Conservative voting them through.

Yet again we see Cherwell’s Conservatives talking the talk on climate change, but when it comes to positive action they default to business as usual

It makes no sense to anyone other than Cherwell’s Tories to propose a measure to increase tree numbers in the district in one motion and then vote in the very same meeting to destroy hundreds of mature trees in the face of massive opposition from local residents and environmental campaigners.

It’s clear from this, and from the lack of any solid progress on the climate emergency proposals 6 months on from passing them, that Cherwell’s Conservatives simply want to box-tick the climate change issue, whilst pursuing broader policies on unnecessary growth that will be hugely damaging to the environment.

Ian writes a regular column for Retail Week Magazine and also writes for Huffington Post and other new media platforms as well as contributing comment pieces for national newspapers and magazines. He is the Green Party Parliamentary candidate for Banbury in North Oxfordshire and a district and parish councillor in Cherwell in Oxfordshire. Ian has appeared on TV and local and national radio talking about politics and retail. He is an ethical entrepreneur with areas of expertise in retail and social entrepreneurship, but he also writes and comments on music, food, the environment, ethical consumerism, technology, renewable energy and animal and human rights. He is also a trained psychologist, musician, runner, hiker, allotmenteer, vegan, humanist and committed atheist.
View all posts by Ian Middleton »
« Previous post

What I Stand For

This site promoted by Robert Nixon on behalf of Ian Middleton and The North Oxfordshire Green Party - all at 21 Grebe Road , Bicester, Oxon OX26 6WG
%d bloggers like this: