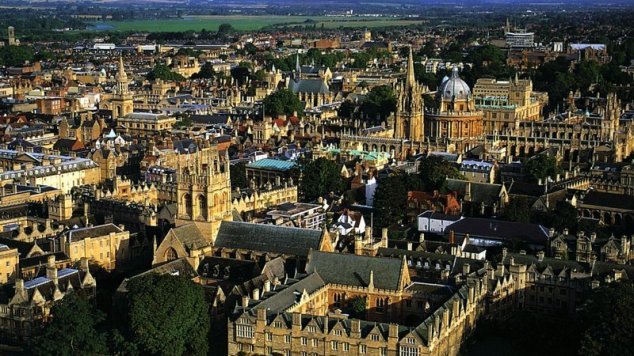 There are campaign leaflets flying around from the Tories blaming Labour for ‘forcing Cherwell to build on Green Belt land”, I think that’s a huge stretch of the truth.

Cherwell’s Conservative leadership and the majority of councillors came up with and voted for the plans to destroy large parts of green belt in north Oxford for reasons of their own. They used the City Council’s claims of ‘unmet housing need’ as an excuse to facilitate investment and development opportunities for the university and other large landowners.

We begged the council to take a step back from their plans in view of the fact that the City hadn’t published a local plan proving their ‘unmet need’ This would have been a perfect justification, but they refused. So outrageously revisionist to claim it was all Labour’s fault!

But this statement in the Oxford Times from the City Council’s Labour leader Susan Brown does place their cards firmly on the table. She would rather continue to focus on economic and business development than provide affordable accommodation for their own needs.

There are multiple sites within the boundaries of the city that could be used for medium to high density housing to solve at least the immediate problems for housing the the city centre and in East Oxford.  At least 4 of those site are slated for development, predominantly for business use.

It’s plain that the council has repeatedly and recklessly pursued economic development  instead of housing under the leadership of Bob Price and the new Labour leader intends for this to continue.

Now their new leader has made it clear that her intention (and presumably Labour’s) is to push that envelope even further.  Increase business development in the city (even though unemployment there is virtually zero)  and press district councils to plough up their green spaces and destroy natural habitat to build houses to fulfil their needs.

Presumably Ms Brown is also happy to see the city export it’s obscenely high levels of pollution and appalling air quality into the green areas around her ever expanding empire like some post-apocalyptic behemoth, consuming everyone and everything in its path.

That’s not a vision of sustainability or quality of life I see as particularly attractive for anyone.

Yes we need to build houses, but they need to be the right houses in the right places.  If Oxford city want to deal with their own housing crisis (assuming that is proven in their own yet to be completed local plan) then the right place for housing is within their own confines.  At least it is before the expect other areas to cover their backsides!

It was good to see Labour members on Cherwell District Council supporting campaigners in defending our precious green belt, but they really do need to have a word with their colleagues on the city council and get them to set their own house in order, literally!