Are the Green Party the Terrorist’s Friend? 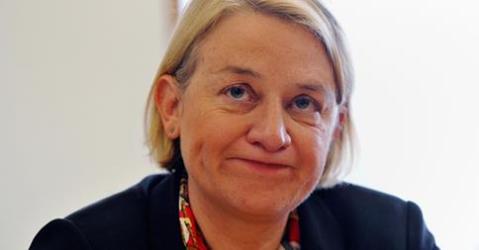 For those who haven’t seen it already.  Here’s my article on Huffington Post dealing with the rather rabid right wing press hysteria that followed Natalie Bennett’s appearance on TV this Sunday.

It’s been receiving quite a bit of attention!

Ian writes a regular column for Retail Week Magazine and has written for The Independent, Huffington Post, Evolve Politics and The London Economic as well as contributing comment pieces for national newspapers and magazines. He was the Green Party Parliamentary candidate for Banbury in North Oxfordshire in the 2015, 2017 and 2019 General Elections and is a district and parish councillor in Cherwell in Oxfordshire. Ian has appeared on TV and local and national radio talking about politics and retail. He is an ethical entrepreneur with areas of expertise in retail and social entrepreneurship, but he also writes and comments on music, food, the environment, ethical consumerism, technology, renewable energy and animal and human rights. He is also a trained psychologist, musician, runner, hiker, allotmenteer, vegan, humanist, a committed atheist, beer drinker and compulsive crosser of lines.
View all posts by Ian Middleton »
« Previous post
Next post »

What I Stand For

This site promoted by Robert Nixon on behalf of Ian Middleton and The North Oxfordshire Green Party - all at 21 Grebe Road , Bicester, Oxon OX26 6WG
%d bloggers like this: