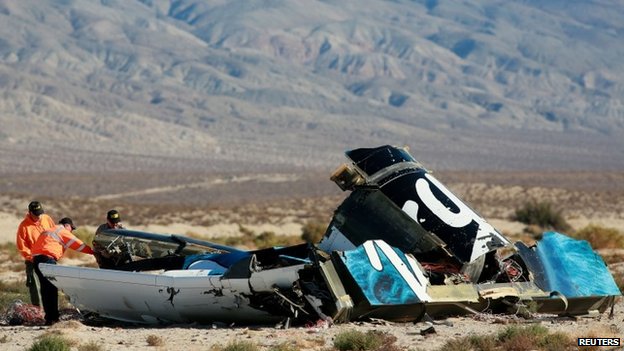 Here’s a a link to a programme I was involved in for the World Service a few weeks ago, discussing the aftermath of the crash of the Virgin Galactic space craft in the Mojave Desert.  This crash came in the wake of a similar event with an ESA rocket that crashed shortly after lift off in Virginia.

Sadly the Virgin crash cost the life of one of the pilots of the craft, but it raises issues around the viability of space tourism, not least because of the environmental impact of such catastrophic events.  Moreover the question remains as to the point of these sub-orbital flights and if they will ever amount anything other than a quick joy ride on a very expensive roller-coaster for those that can afford the $250,000 ticket price.

There’s much talk during the programme about the cultural impact of these flights and how individuals are inspired by their trips.  I don’t really buy that personally, and think that there’s a lot more that can be done to inspire scientific exploration on the face of this planet if you have half a billion dollars to throw around.

If nothing else Richard Branson could use that money to keep his long forgotten promise to make Virgin Atlantic the greenest airline on the planet.  If that isn’t already an oxymoron.