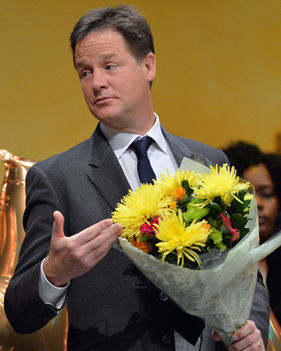 The government announced plans today for a new ‘Garden City’ to be built on ex-MOD land on the outskirts of Bicester in Oxfordshire.  The proposals will be backed by £100M of government funds and will include ‘sustainable’ transport infrastructure, green spaces and new local amenities.

On the face of it this could be a boost for Bicester, but I suspect the devil will be in the details.

Much of the announcement seems to cover projects that are already in planning or underway. The new railway station for example. There’s also some confusion over if this is to be a re-imagining of the much vaunted eco-village or an entirely new project.

It is encouraging however to see that the project is to be built on a brown field site.

Confusingly, the definition of a ‘garden city’ is being left to the developer’s imaginations with the government saying it doesn’t want to “impose any definition of what garden cities are”.  This could likely mean we’ll end up with another estate full of either ‘luxury homes’ that ordinary people can’t afford, or shoe-boxes crammed together to generate maximum profit. That would probably mean any aspirations to provide gardens and green space will go right out the window.

If Nick Clegg really wants this to be development different from all the other clone estates thrown up around the country, I’m afraid he’s going to have to nail his colours to some sort of mast and properly define his intentions. But that might prove more difficult than a glib press release full of utopian imagery.

There would also need to be a clear vision that the people living in this new ‘city’ will be contributing to the local economy and society as well as working in it. With a train station on the doorstep, such a development could easily become a dormitory for London commuters or a sink hole of buy-to-let properties.

Affordability will be the key. If these homes are intended for people on middle and lower incomes, then I’d support the idea. But I suspect such values won’t be compatible with what Nick Clegg sees as a ‘garden city’.

Personally I’d like to see more genuine thinking along these lines, subject to the above caveats. But ultimately this may all just come to nothing.

So many of these big legacy projects either evaporate into the ether once they’ve generated enough headlines, or turn into something very different once the realities of cost, demand and political will begin to bite.

There’s a veritable tsunami of these grandiose announcements coming out from government at the moment though. Like the spurious claims for new spending on road infrastructures announced earlier this week, many of them are just old or existing projects being re-launched as new spend to give the impression of a go-ahead administration full of exciting possibilities for the future.

Anyone would think there was an election round the corner!